PONTOTOC MS— Carl Purdon is a Pontotoc-born and reared writer who overcame severe shyness, self-doubt, and procrastination to get where he is.

A life-long resident of Pontotoc County, he’s the author of six entertaining, realistic contemporary suspense fiction thrillers, all in a rural setting Pontotoc folks will immediately identify with.

Critics have said he’s an author who can say a lot by saying a little. “One of my greatest compliments came during an introduction at a speaking event. The host told the audience that my books reminded him of Merle Haggard with a touch of Mark Twain. I’ll take that any day,” Purdon said.

He recalled in a recent interview: “Dr. Patterson delivered me at Pontotoc Hospital on May 12, 1964. I was reared in the Washington / Judah community in Pontotoc County. My father is the late James Russel Purdon and my mother is Kathelene (nee Moss) Purdon,” he said.

He knew at age 5 he wanted to write novels, but he didn’t start writing seriously until he was in his late 30s or early 40s.

“I needed to experience life before writing about it. By the time I got serious I had a varied background to draw on,” he said.”

He discussed the long delay until he began serious writing, and what finally jump-started him into the craft.

“I was very impatient and couldn’t imagine starting a writing project that I couldn’t finish in one sitting. Somewhere around the age of 40 I realized I wasn’t getting any younger and that a novel wasn’t going to just appear in my hands, so I sat down and got serious about it.”

Many of his life’s experiences — even those from childhood — find their way into his novels.

“I graduated South Pontotoc High School in 1982. I was incredibly shy in school and barely survived PE. Through a fluke, I was elected vice president of my senior class,” he said.

The fluke happened “after a few of us were sitting around in the cafeteria one day griping that the same people got elected class officers year after year, so we decided to stage a mini revolution.

“It was a joke that backfired because I got elected. I should have demanded a recount,” he joked. Almost 40 years later, though, he found himself writing a novel called The Reconstruction of Walter Pigg, about a man who was “accidentally” elected mayor.

He graduated from Itawamba Junior College (now ICC) in 1984 with an associate’s degree in electronics. “I graduated at the top of my class with special honors, yet I knew next to nothing about electronics, but I’ve always been very good at test-taking.”

He’s currently a programmer for Southern Automation & Controls in Sherman. They primarily do industrial automation type work. It is actually only the third job he’s ever had, but he found both a wife and a career there, he recalled.

“Last July I marked my 20th year at my current job. This job has taken me all over the country and to Mexico and the Dominican Republic.”

He joked that he chased Sharon, his future wife, until she caught him.

“Sharon worked at a factory where I did a lot of work when I started with Southern Automation. She drove a forklift and I chased after her for months before she finally gave in and talked to me. I guess I must have said something right because we will celebrate our 19th anniversary this March,” he said.

He and Sharon have four children: “Jennifer and Jamie are our twins (40), then we have Nicole (24) and Logan (17). We have three grandsons, Mathew, Scout, and Aiden, and two granddaughters, Madison and Keri.”

Ordinary everyday people inspire him, he said. “I read somewhere the other day that behind every face is a struggle you know nothing about. I wish I knew who said it or where I saw it, because that single sentence holds so much truth,” he said.

Of all the characters he’s created, the most meaningful to him is Jayrod Nash from The Night Train, Purdon’s first novel which debuted in 2012. “That’s because I put so much emotional energy into creating him. Jayrod was abused by his father and bullied at school, but the book isn’t written to be sad. It’s an adventure involving a boy who just happens to be abused. I think there have always been Jayrods and always will be, “ he said.

One reviewer termed the book: “Powerful and disturbing, but so is the shame and hardship passed down from generation to generation – the legacy of the abuser. We feel Jayrod’s pain, both physical and emotional, as he tries to escape his fate, jump at each creak of the floor board, and breathe a sigh of relief each time he is given a momentary reprieve.”

Said Purdon: “Several months after the book’s release, a young man walked up to me and told me he used to be Jayrod. I didn’t know what to say. It was heartbreaking, then he told me the book helped him because now he knew he wasn’t alone.

“A year or so later I spoke to a middle school class that was reading the book. Every student wrote me a letter afterwards, and three of them told me they saw themselves in Jayrod. There is no greater reward than having someone tell you that a character you created helped them realize they aren’t alone.”

Asked if he knew someone who was bullied as a child, he said “Of course. I think everyone probably does. Most of us were probably bullied by someone at some point.”

Some people have told Purdon that The Night Train should be in school libraries to lure youngsters into reading by offering them a topic many can identify with.

“I would love that. A couple of middle schools that I know of have read the book as a class project. One class did dioramas based on the book and invited me to judge the winner. One of those dioramas went on to win first place statewide. That was quite a thrill for me.

“I have always believed that youngsters should be encouraged to read what they enjoy instead of being pushed into reading certain books. I hated reading classics in school because I think I wasn’t mature enough for that type of reading. I didn’t develop a love for classic literature until my early twenties,” he said.

Although Purdon is a fiction writer, the fiction is based on fact. “It’s based on facts for someone, meaning that I try to make my characters realistic. One of my favorite mental exercises is to imagine myself in different situations, or as other people. For instance, I may imagine myself being in prison, or being held captive by terrorists.

“On the flip side, I sometimes imagine myself as a movie star, or someone insanely wealthy. I’ve done that kind of thing for as long as I can remember, and it’s a great tool for developing characters that are not like me.”

He spends “an insane amount of time ‘being’ the characters I write. When I first start creating a character it’s a struggle, but usually by the time I write the second draft I’ve gotten to know the characters and understand them.

“If I have a talent, or gift, I think it is my ability to imagine what it’s like to be in situations I’ve never actually experienced. Sometimes that can also be a curse, because some of my characters are pretty dark,” he said.

His creative abilities are God-given, but developed through hard work, he said.

“I attribute my creativity to God. It’s something I’ve always had. I believe everyone has a talent, but most people don’t realize it because when something comes naturally you take it for granted.

“Having a talent doesn’t mean something is easy, though. You still have to work at it, whatever it is. The trick is in figuring out what you’re good at and working really hard to develop it. Talent makes a thing possible,” he said.

He didn’t grow up in a house with books. “I don’t recall ever seeing my parents read anything that wasn’t a religious book while i was growing up. I didn’t read books until I was in high school.

“One of my uncles was a great storyteller though, but I really didn’t spend much time with him until I was in my late teens. He definitely influenced me from that point forward, though. I remember him telling stories about Vietnam — horrific stories that he turned into something that made us laugh. He taught me that you can tell a heavy story without being heavy. I tried to do that with The Night Train.”

The biggest hurdles he had to overcome to get where he is were self-doubt and procrastination.

“My father drilled it into my head as a kid that I would never amount to anything. I’ve never been able to shake that. Then there’s the procrastination thing. If I could put off tomorrow until the day after tomorrow I probably would.”

He said he does most of his writing on weekends. “Sometimes I write in the evenings after work, but since I spend most workdays sitting at a desk writing programs, I often don’t have the mental resources left at the end of the day to be creative.”

He’s non-denominational. “We are not currently in church and that’s something we need to work on. I was raised a Jehovah’s Witness until the seventh grade and really don’t have an affiliation now. Sharon is Pentecostal. We go to different churches on an irregular basis, but haven’t settled on one in particular. I’m guilty of holding us back in that regard.”

An admitted introvert, he belongs to few social clubs, he said. “Sharon and I are members of the Pontotoc Historical Society and the Friends of The Library, but we are terribly inactive,” he said.

He has several leisure time activities, but said the task of writing relaxes him.

“I used to enjoy riding my motorcycle, but it isn’t running now and I haven’t bothered to repair it. Writing relaxes me, as does reading. I like getting out on my tractor and pushing stuff around the property when the weather is nice.

“My favorite place in the world is Gatlinburg, and we try to go at least once a year. Just thinking about sitting in our favorite cabin makes me anxious to get back there,” he said.

His next book is the sequel to The Deconstruction Of Walter Pigg. It’s written and he hopes to release it within the next couple of months.

“It is titled The Reconstruction Of Walter Pigg, and picks up two years later with Walter being elected mayor in a fluke election. Near the end of the book, Jonce Nash from The Night Train (he was Jayrod’s father) makes a cameo appearance, setting up the next book in that series which will focus on Jonce Nash after he is released from prison.

“I’m really excited about developing this into a series and tying it back to the first novel in a way that I believe my readers will enjoy,” he concluded.

His books are all available through Amazon.

Tuesday afternoon, Nov. 24, Gov. Tate Reeves added Union County to the list of high-risk counties that must take extra precautions against the spread of... (Read more) 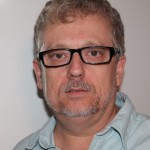 It was a joy sitting down with Mr. Wiesner. He is a man who clearly takes his work seriously.