It was one of those rare, spontaneous and happy moments that pop up every now and again in the meetings of public boards.

It may be someone who needs to learn English as a second language. It may be an adult who was failed by the public education system a lifetime ago. I personally know a man, a life-long resident of Union County, who the Literacy Council helped learn to read when he was over 80 years old.

Suzanne Still had a simple request. The Literacy Council has no internet service, obviously a fundamental tool in 2021.

She contacted AT&T about internet service. They apparently quoted her a price far above what the Literacy Council can afford. “We went to AT&T. They have no heart,” said Still.

Then she talked with Jay Carter at MaxxSouth. Carter gave her a very affordable price of $44.99 per month.

Affordable that is, if you have the money. Even that low price was a problem.

Suzanne Still respectfully reminded the supervisors that the county’s annual appropriation for the work of the Literacy Council had not increased since 1986 – 35 years.

The board had had no opportunity to discuss it, so they told Still they’d “take it under advisement.” She thanked the board for its courtesy and started to leave the room.

She was actually out the door when someone called her back into the meeting room. It may have started at the south end of the big table, maybe District 4 Supervisor Randy Owen or District 3 Supervisor C. J. Bright. Anyway, with nearly no words spoken, all five board members simultaneously realized that “Hell yes, we can afford $44.99 a month to help the Literacy Council!”  They gave Suzanne Still the news, and she left again, happier this time.  (Still begins on video at about 1:54)

After she was gone, Bright made the formal motion, Owen seconded it and it passed unanimously.

In other business Monday morning, the county board approved routine expenditures, paid the bills, approved the minutes of prior meetings, approved the road work schedule, etc.

In one other unique item on the agenda, the supervisors unanimously approved an agreement with MaxxSouth that could be a step toward having broadband internet service in parts of the Union County where it is not now available.

Public Service Commissioner Brandon Presley and State Representative Sam Creekmore IV have been working for several months to find a way to make the internet available to rural residents. More work remains to be done, but the agreement with MaxxSouth is one of the elements that could eventually result in more people out in the country having internet service.

Two killed in collision between ATV and motor vehicle

A collision involving an All Terrain Vehicle and a motor vehicle killed two people in Union County Saturday... (Read more)

Scenes from the 2021 New Albany-Union County Christmas Parade, Part I

Hundreds of people enjoyed the 2021 New Albany-Union County Christmas Parade on Monday November 29th. It was a perfect night for a... (Read more) 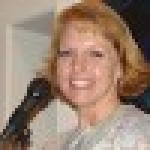